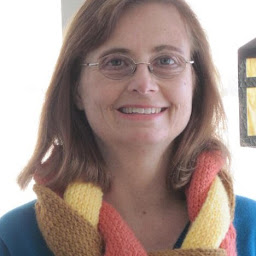 Lisa Preston
Verified
For various and sundry reasons, including the fact that my son’s Hebrew reading was not very fluent, he got started late working on his maftir and haftarah for his bar mitzvah. I went looking online for a tutor and found Bettina. Instead of an hour once a week, she kindly agreed to two half hour sessions a week, which was more in line with my son’s attention span. She got his Hebrew reading up to speed and despite our initial plans for him to only do half of the haftarah, she insisted he was capable of more and she was right. He now knows his entire maftir and haftarah which is due in large part to her patience as well as her pushing for us not to underestimate him. I would like to thank her publicly here and would highly recommend her to anyone who needs tutoring.

karen Shirar
Verified
She is the best; a very patient teacher. If you are a slow language learner, she can help you! I am an American, raised WASP (So zero knowledge starting), thick southern accent, attention deficit disorder AND I have snow vision (Neurological brain defect affecting sight.) If she has the patience to work with me, she can help anybody! Her lessons are always a joy and a break from monotony of day to day life.

Rabbi Jason Miller
Verified
As a rabbi, I'm so grateful to Jewtor. Bettina's students who have celebrated their bar/bat mitzvah with me have been extremely well prepared. Even more important, they have reported to me that their Hebrew tutoring experience with her was fun and valuable. I'm glad to work together with Jewtor, helping so many Jewish teens celebrate their bar/bat mitzvah.

Laura Thompson
Verified
Bettina is terrific! She worked with our son during Covid to get him ready for his bar mitzvah, which we finally held in person a few weeks ago. This may say it all: At one point during the service, I turned to my husband and said "Who is that kid?" He read Torah so incredibly, we had no idea! Bettina is kind, compassionate, and really knows how to get a child prepared for this important life celebration. She helped him understand many aspects of Judaism from the history to spiritual traditions. And all the while teaching him to read and speak Hebrew. Bettina has got bar mitzvah prep down pat! And we will definitely miss her. But couldn't have asked for a better tutor.

Marc Abusch
Verified
We have entrusted our son’s religious instruction including Hebrew lessons with Bettina. It is a decision we have never regretted and encourage others to put their trust in her. Her teaching style is very nurturing and encouraging which has helped to build my son’s confidence in reading Hebrew. Religion is a very personal path and we are happy that Bettina has helped our son on this path. Our son recently became a Bar-Mitzvah with the help of Bettina. Her extensive knowledge and teaching style has made this a very meaningful experience for our son. We hope that she is given the opportunity to reach many more youth looking to explore their Jewish path.

Eli Zysman-Colman
Verified
My son is taking Hebrew lessons. Bettina is very calm and helpful and provides very clear explanations to questions that are asked. My son loves his lessons, which he takes remotely via Google Hangout.

Pylyp Zolotarov
Verified
Before I started my lessons with Bettina the cantilation marks  were something mysterious for me and impossible to comprehend. Bettina is a wonderful teacher and after working with her for a few months all those inigmatic signs began to make sense and reveal their secrets. Not to mention that Bettina is very musical,  creative and smart. If you want to be motivated and look forward to each lesson I would definitely recommend Bettina! Learning to chant Thora with Bettina is fun!

Jennifer Raichman
Verified
Scheduling traditional Hebrew classes for our son's busy schedule was challenging. We knew that we wanted to do our son's bar mitzvah in Israel, so it didn't make any sense to sign him up at our synagogue's Sunday school, which he would have missed most of the classes anyway. Finding Bettina changed everything. We provided her what the Rabbi in Israel needed for our son to work on, and she offered her suggestions, which was so helpful. Due to COVID, we had to postpone our trip to Israel; however, we continue to work with Bettina. Our son is now learning modern Hebrew with Bettina, and our daughter has started working on her bat mitzvah. We are still unsure when we can have their bar/bat mitzvahs, but knowing that Bettina is working with both kids until that time comes is comforting. Our daughter is dyslexic, and we knew that learning Hebrew would be a challenge for her. Despite our daughter's challenges, Bettina has helped her overcome some of the stress of learning a new lanuage. We highly recommend Bettina!

Jodie Sadovsky
Verified
I enrolled in an Adult B'Mitzvah class in January 2020. In October 2020, not knowing Hebrew at all, i started to learn the alphabet as part of my B'Mitzvah class. Knowing that i would soon have to be somewhat fluent in reading Hebrew in order to leyn a Torah portion, i seeked out a private tutor and found Jewtor/Bettina Schwartzman. I'm so fortunate to have found her. Her professionalism, patience, kind and supportive nature helped make my day a success. I could not have done this without her. With her inspiration, i will continue my learning and delve into trope with her. Whether you are an adult or a child, Bettina is a great choice as a tutor. Jodie S.

C G
Verified
We have been SO pleased with Bettina who is working with our 9-year-old on learning biblical Hebrew. From the beginning our daughter has said she loves working with Bettina because "She is nice" and "Tells me I am doing a good job." As the parent, I have found Bettina to be reliable, caring, communicative, and flexible. We reached out to Bettina in order to get our daughter up-to-speed with the rest of her peers in a new Hebrew program affiliated with our new congregation. In only a couple of months with Bettina's help, our daughter has caught up to the rest of her class. We are continuing to work with Bettina because my daughter enjoys their time together. Bettina's approach has fostered a greater sense of confidence in my daughter which has been lovely to see. I recommend Bettina as your Jewtor without hesitation!

Learning Hebrew online is fun, and with a personal online Hebrew tutor, it’s really not hard. It can be a little daunting for beginners that Hebrew uses a different alphabet (see below), but it’s a much smaller and simpler language than English, and Hebrew is really a very logical language. So we’ll quickly get you up to speed on the alef-bet and on your way to learning Hebrew. We’ll schedule personal lessons with you, so you can learn Hebrew online at a time convenient to you. All you need is an internet connection, and here at Jewtor – your online Hebrew tutor – we’ll take care of the rest, helping you learn modern Hebrew as spoken in Israel, or Biblical Hebrew, or Hebrew in the synagogue for a bar or bat mitzvah.

If you are a beginner, we’ll start by learning the alef-bet, the Hebrew alphabet. Then we’ll quickly move on to reading and speaking simple phrases and sentences (and Hebrew sentence structure is a lot simpler than English).

If you have some Hebrew learning, we can work on building your vocabulary and your fluency, all customized to what you need. Some of our students want to learn modern Hebrew, the language of modern Israel. This is especially helpful for visitors to Israel, people married to Israelis, and people who want to move to Israel (which is called making aliyah – going up to Israel).

Biblical Hebrew is different from modern Hebrew, but they are the same language. The verb tenses are different, and of course there are words in modern Hebrew that do not appear in the Bible (see below for the re-invention of Hebrew as a modern spoken language). The Bible doesn’t speak of elevators or cell phones!

Modern Hebrew is an amazing revival of an ancient language. If you think about it, Hebrew is the language of the Bible and other Jewish sacred texts, going back thousands of years – and now you can have online Hebrew lessons at your own pace and schedule.

Jews have always prayed in Hebrew, but for the most part, Hebrew became a language used in holy texts more than a spoken, everyday language.

Enter Eliezer Ben Yehuda, born in Russia in 1858. By age 13, he was conversant with large parts of the Bible and Talmud, and looked to be well set on the way to becoming a rabbi, as his parents hoped. However, through people he met while studying in Paris, he became a Zionist, and moved to the land of Israel. He set about the task of modernizing the language of the Bible. He wrote a dictionary of Hebrew, including many new words he invented using the Hebrew roots found in the Bible. For example, there was no word for dictionary in the Bible, so he took the word milah, which means “word,” and added the suffix -on, which denotes a place. The Hebrew word for dictionary is now milon.

He insisted that his family speak only Hebrew at home, going so far as berating his wife for singing a Russian lullaby to their children. Thus, his son Itamar became the first Hebrew speaking child in modern times.

Today, Hebrew is the spoken and written language of modern Israel, and every large Israeli city has a major thoroughfare named Ben Yehuda in it.

The Hebrew Alphabet: the Alef-Bet

Did you know that the word alphabet comes from the first two letters of the Hebrew alphabet: alef and bet? Hebrew is read from right to left (just like Arabic), and so Hebrew books also open from right to left. The last letter of the Hebrew alphabet is tav, so when Hebrew speakers want to say “from A to Z,” they say “from alef to tav.” (Except, of course, that they don’t really say “from” and “to” – in Hebrew, we say “me-alef ad tav.”)

There are only 22 letters in the Hebrew alphabet. That’s partly because there are no letters for the vowels. Vowels are indicated by little lines and dots under or over the letters. When people used to write on animal parchment (remember, Hebrew is a language that goes back a few thousand years), they had to save space, since it was super-expensive.

Five of the letters are written differently if they are at the end of a word. If you think that sounds complicated, in Arabic, they have not just special final letters, but special middle ones too!

Learning Hebrew for a Bar or Bat Mitzvah?

We’ve got you covered – see how we do online bar/bat mitzvah lessons.